Update: Just logged into my account for second time this weekend and engagement and follow levels have dropped off a cliff. I usually have 5-15 new followers and several new likes and have had a small fraction of the norm.

I am a big user of Vine and have about 1600 followers, but I use it only for fun and family purposes. I am not though a user of Instagram, so I didn’t have a motivation to try out their new video capabilities. It’s obvious that the demographic that uses Instagram has either decided to test out their video upload capabilities or they’ve decided they would rather just use one tool for all of their photo and video publishing capabilities.

Instagram’s videos are 15 seconds, while Vine’s are 6. Instagram comes with filters and the other tools their users expect and are used to and it also comes with a partnership with Facebook and a huge userbase. Twitter hasn’t really been able to full integrate Vine with it’s primary service and that is primarily, because Twitter is a text based service. Yes, you can see videos and link to them, but the essence of Instagram and parent Facebook is all photos and videos as was discussed last night by Aaron Ginn in our Miami Startup Refresh Miami event. I’m not certain that Twitter/Vine is going to be able to get these user’s back and that should concern Twitter a great deal. Their only hope is that Instagram users will prefer the 6 second stop motion functionality that is inherent to Vine and they’ll go back to what they fell in love with, but I am not certain that will happen and expect this trend downward will continue.

A change in the Twitter interface and model might help the video posting component, but that is a magnificent risk I don’t see Twitter trying. Vine announced new features coming soon to enhance the experience, but my concern is that it will be too little too late.

Vine sharing on Twitter has continued to drop over the week since Instagram video rolled out. Yesterday saw less than 900,000 Vine links shared on Twitter — that’s about a 70 percent drop from the nearly three million links that were shared on June 15th.

The data isn’t showing an increase in Instagram sharing on Twitter, but that should be no consolation to Vine, because I think it just means they are sharing videos within the world they already lived and that is in Instagram. Why would users have 2 tools to do the same thing, when one of them is meant to post into a place for photos and videos where they already have an investment of time and energy for their photos and the other while it does post to Vine’s network where I view all my Vine activity, it’t the posting to Twitter that isn’t happening and why would it.

It’s too bad the drop is so steep, because this means recovery will be that much more difficult. I have a difficult time finding a strategy that will allow Vine to recover first place around their concept. 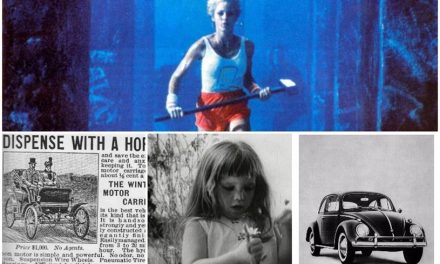 100 Years of Ads: Most Groundbreaking | Campaign US

Customer Service Is Marketing and DirecTV Doesn’t Get It

The Demise of Value at Motley Fool