Not sure I agree with the original title of this article. In fact, I don’t and I changed it in my title. The original title was misleading. This is really a short interview with Bogusky on how his agency does some things. There is value in each comment he makes, but I would not call this rules for being a media maverick. As a matter of fact, I quote him below and that quote addresses honesty in advertising. Hmmm…

Alex Bogusky’s 6 rules for being a media maverick

One thing we do as we begin a creative project, instead of working on specific media, we write press releases about our ideas. For example, a press release for the Whopper Freakout campaign would say, “Burger King announced today they would be removing the Whopper from their restaurants.” It would go on to talk about consumer outrage. It’s a good way to determine whether you have a rich idea or not. If an idea is good enough for someone to write about, it’s probably good enough for someone to talk about.

We don’t want to find some trend and then do advertising that basically
lies about the product to attach it to the trend in the hope that it
will sell. If it’s Burger King, and we want to help guys who are being
inundated with the notion of metrosexuality, understand that it’s OK to
have a killer burger — that’s a great path.

Back to School Time: A Refresher Course on Writing Great Ads 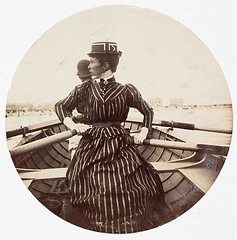